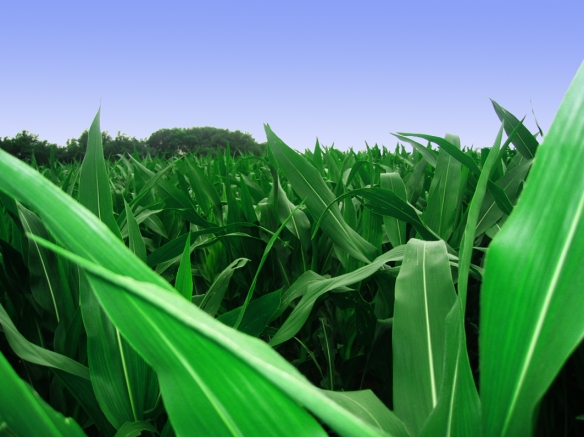 I like food, probably a little too much. I also value good science and correct information.

There are lots of narrative threads when it comes to the story of food, and their themes have been changing over the last few decades. Food used to be about sustenance, now it’s often about status. Food used to be about the commodity, now the narratives are reflective of food communities. In some parts of the world, the food supply is critical, where as in resource-rich western countries, we are overwhelmed with food selection.

The transition from the modern to the post-modern story of food and farms was served by the Food Movement and it’s lauded oracles like Michael Pollan. Pollen’s book, “The Omnivores Dilemma”, is revered by many as a revolutionary tome. But for every person who accepts the Food Movement mantra of “Small, local, organic”, there are just as many critics who have seen through the Food Movement’s post-truth veneer.

I read one such critique today, a long but revealing article by Marc Brazeau, a former chef and food writer from the US. Once a Food Movement follower, Marc realised that he could no longer support the core tenets and primary position of the Food Movement because of the lack of credible scientific evidence that the Food Movement is built on.

In one telling paragraph, he writes,

“Lazy critiques of industrial agriculture masquerading as critiques of biotech get away with missing the mark or getting the causality backwards because of the mystery surrounding the technology and people’s inchoate intuitions about messing with nature. They get away with sloppy logic and misinformation because most people have sentimental intuitions that farming should somehow be exempt from commerce, from technological change, from legalistic constraints – that it should somehow operate on a more pastoral logic, even as it works to serves a mass, industrialized society.”

In other words, the Food Movement and other pro-organic, anti-conventional, anti-GMO activists get things backwards, but get away with it because most people don’t really understand the technology while having an emotional attachment to “natural” things and an innate aversion to things that “mess with nature”. Even though organic farming is actually no better (and probably worse) than conventional farming, most people have a fear of the unknown and are easily swayed by propaganda that feeds into that fear, even though it’s fundamentally irrational.

“… when you start with a conception of a tomato being crossed with a fish that you got from a cartoon on a picket sign and you wind up finally understanding that it is a single well understood gene out of tens of thousands of genes being transferred from one organism to another, you wonder, why all the drama? When you realize that you share half your DNA with a banana or that an herbicide resistant soybean has been bred to express a different version of a single enzyme so that it is not affected by a single herbicide, the technology becomes a lot less mysterious and a lot less intimidating.

You learn that the Bt gene in insect resistant corn comes from a soil bacterium that’s been used for decades as an organic pesticide. You learn that the proteins that have been bred into the corn and cotton are toxic to insects that eat the plants because the protein is activated by their alkaline gut and binds to a specific receptor to damage their digestive tract. It’s harmless however to humans and other critters because it’s digested in our acidic stomachs like any other protein. And besides, we don’t have that receptor anyways.”

Reading the article reminded me of Dr Leaf’s book “Think and Eat Yourself Smart”. In fact, Brazeau’s post is an eloquent take-down of the first few chapters of “Think and Eat Yourself Smart” without intending to be so, mainly because Caroline Leaf’s book is just a Christianised version of the Omnivore’s Dilemma and the Food Movement gospel mixed with her scientifically dubious ‘cognitive neuroscience’.

Take Caroline Leaf’s definition of “Real Food”, “Real food is food grown the way God intended: fresh and nutritious, predominantly local, seasonal, grass-fed, as wild as possible, free of synthetic chemicals, whole or minimally processed, and ecologically diverse.” (Think and Eat Yourself Smart, p29) This is an appeal to antiquity and authority, an assumption that what was best for the Garden of Eden is God’s desire for how the world should be today. It’s just the “Small, local, organic” philosophy, rebranded with a Christianese slant to appeal to her audience in the western Church.

It’s time the church moved beyond the Christian rehash of popular secular philosophies and started critically assessing the teaching of those who would promote themselves as ‘experts’. As a church, we deserve the narrative that’s accurate, not the narrative that is simply appealing.

You can read the full essay by Marc Brazeau at http://fafdl.org/blog/2016/11/18/tales-of-a-recovering-pollanite/