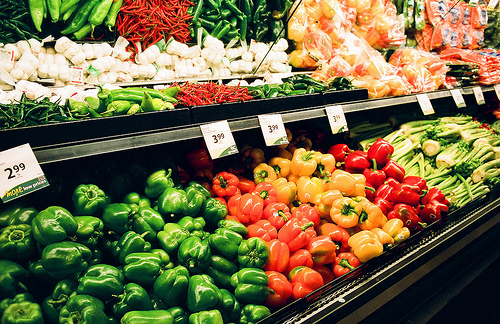 Fad diets come and go. One of the most popular fad diets of recent times is Paleo.

The Palaeolithic diet, also called the ‘Stone Age diet’, or simply ‘Paleo’, is as controversial as it is popular. It’s been increasing in popularity over the last few years, and has had some amazing claims made of it by wellness bloggers and celebrity chefs. Advocates like ‘Paleo’ Pete Evans of MKR fame, claim that the Palaeolithic diet could prevent or cure poly-cystic ovarian syndrome, autism, mental illness, dementia and obesity [1].

So what does the published medical literature say? Is there really good research evidence to support the vast and extravagant claims of Paleo?

About 10 months ago, I started reviewing the medical research to try and answer that very question. My review of the medical literature turned up some interesting results, and so rather than post it just as a blog, I thought I would submit it to a peer-reviewed medical journal for publication. After a very nervous 9-month gestation of submission, review, and resubmission, my article was published today in Australian Family Physician [2].

So, why Paleo, and what’s the evidence?

The rationale for the Palaeolithic diet stems from the Evolutionary Discordance hypothesis – that human evolution ceased 10,000 years ago, and our stone-age genetics are unequipped to cope with our modern diet and lifestyle, leading to “diseases of civilization” [3-9]. Thus, only foods that were available to hunter-gatherer groups are optimal for human health – “could I eat this if I were naked with a sharp stick on the savanna?” [10] Therefore meat, fruits and vegetables are acceptable, but grains and dairy products are not [11].

Such views have drawn criticism from anthropologists, who argue that that there is no blanket prescription of an evolutionarily appropriate diet, but rather that human eating habits are primarily learned through behavioural, social and physiological mechanisms [12]. Other commentators have noted that the claims of the Palaeolithic diet are unsupported by scientific and historical evidence [13].

So the Palaeolithic diet is probably nothing like the actual palaeolithic diet. But pragmatically speaking, is a diet sans dairy and refined carbohydrates beneficial, even if it’s not historically accurate?

Published evidence on the Palaeolithic Diet

Looking at the studies as a whole, the Palaeolithic diet was often associated with increased satiety independent of caloric or macronutrient composition. In other words, gram for gram, or calorie for calorie, the Paleo diets tended to make people fuller, and therefore tend to eat less. Of course, that may have also been because the Paleo diet was considered less palatable and more difficult to adhere to [14]. A number of studies also showed improvements in body weight, waist circumference, blood pressure and blood lipids. Some studies showed improvements in blood sugar control, and some did not.

The main draw back of clinical studies of Paleo is that the studies were short, with different designs and without enough subjects to give the studies any statistical strength. The strongest of the studies, by Mellburg et al, showed no long-term differences between the Palaeolithic diet and a control diet after two years [15].

The other thing to note is that, in the studies that measured them, there was no significant difference in inflammatory markers as a result of consuming a Palaeolithic diet. So supporters of Paleo don’t have any grounds to claim that Paleo can treat autoimmune or inflammatory diseases. No clinical study on Paleo has looked at mental illness or complex developmental disorders such as autism.

Other factors also need to be considered when thinking about Paleo. Modelling of the cost of the Palaeolithic diet suggests that it is approximately 10% more expensive than an essential diet of similar nutritional value, which may limit Paleo’s usefulness for those on a low income [16]. Calcium deficiency also remains a significant issue with the Palaeolithic diet, with the study by Osterdahl et al (2008) demonstrating a calcium intake about 50% of the recommended dietary intake [17]. Uncorrected, this could increase a patients risk of osteoporosis [18].

To Paleo or not to Paleo?

The bottom line is the Paleo diet is currently over-hyped and under-researched. There are some positive findings, but these positive findings should be tempered by the lack of power of these studies, which were limited by their small numbers, heterogeneity, and short duration.

If Paleo is to be taken seriously, larger independent trials with consistent methodology and longer duration are required to confirm the initial promise in these early studies. But for now, claims that the Palaeolithic diet could treat or prevent conditions such as autism, dementia and mental illness are not supported by clinical research.

If you’re considering going on the Palaeolithic diet, I would encourage you to talk with an accredited dietician or your GP first, and make sure that it’s right for you. Or you could just eat more vegetables and drink more water, which is probably just as healthy in the long run, but without the weight of celebrity expectations.

5 thoughts on “Cutting through the Paleo hype”