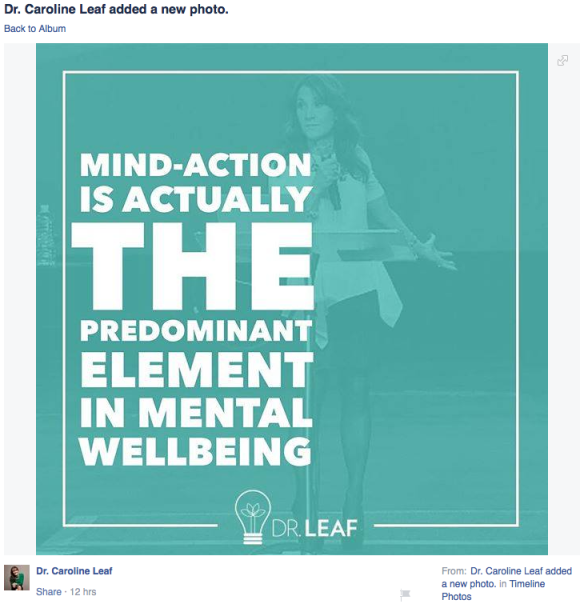 In my last post, I asked the question, “What’s more important to a person’s health and well being?” and I showed that Dr Caroline Leaf proposition that the mind dominates ones mental health and well-being is patently false.

Not to be outdone, Dr Leaf countered today with a tweak to her initial proposition: “Mind-action is actually THE predominant element in mental well-being.”

Dr Caroline Leaf is a communication pathologist and self-titled cognitive neuroscientist. She’s also started calling herself an expert in mental health, despite never having trained in medicine or psychology, or working in counselling.

Dr Leaf may have tightened up her wording from her previous statement, but her claim that mind-action is the predominant element in mental well-being is still wrong, because her fundamental assumption is wrong.

What fundamental assumption? That the brain doesn’t control the mind, but the mind controls the brain.

As I discussed in the last post, this idea of the mental monopoly dominates every one of Dr Leaf’s works, and most of her social media memes. Take her most recent meme for example, published just today, “The brain is not a chemical stew that is missing a key spice! The brain is hugely complicated and complex and is controlled by the even more hugely complex and eternal mind!”

The premise that the mind controls the brain is wrong. Completely and utterly wrong. It is precisely the opposite of what science tells us. The mind is a function of the brain, just like breathing is a function of the lungs. No lungs, no breath. No brain, no mind. (see my posts here, here and here, and others for further discussion) 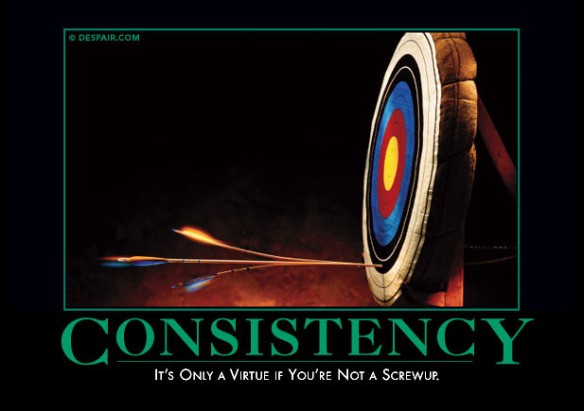 It’s been said, “Consistency: It’s only a virtue if you’re not a screwup.” Perhaps that’s a little harsh, but it does illustrate the point that just because you say something often enough, doesn’t make it true. So no matter how many times Dr Leaf repeats herself, the fact that the brain controls the mind isn’t going to change.

Even without appealing to the plethora of scientific information out there, Dr Leaf’s claim that mind-action dominates mental well-being is wrong, since mind-action is simply brain-action, which in turn, is influenced by the complex interplay of our genes, our physical health, our uncontrollable external environment, our social networks and our spirituality. Our mental well-being is no different to our general well-being in this regard. It is still part of the complex interplay that is represented by the biopsychosocial (and spiritual) model.

It’s time for Dr Leaf to update her teaching, and abandon her unscientific presuppositions and philosophies.